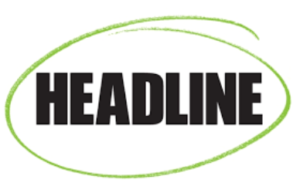 In anticipation of the TV3 documentary ‘Killer in the Family: True Lives’ we ask media professionals to bear in mind the research and guidance provided by the National Suicide Research Foundation which you will find below.
BRIEFING: MURDER-SUICIDE AND MEDIA REPORTING
The National Research Foundation strongly recommends that media professionals take into consideration the media guidelines for reporting of suicide: www.samaritans.ie/mediaguidelines
In terms of media reporting, there is a need for sensitive and factual reporting in order to minimise harm and increase awareness:

In Ireland, as in most other countries, cases of murder-suicide are rare. However, since 2004, there have been at least 23 murder-suicide cases. The impact of these events can be devastating on families and communities.
The National Suicide Research Foundation has examined the international research literature in the area of murder-suicide. The outcomes reveal that:

Although the available research does not provide information on specific factors associated with murder-suicide, internationally there is consistency with regard to a number of factors that may contribute to an increased risk of the occurrence of these tragic situations:

With regard to responding to murder-suicide, in 2011 the National Office for Suicide Prevention published guidelines for responding to situations of murder-suicide and emerging suicide clusters, based on international evidence and best practice. The guideline document underlines a pro-active approach in that each local health area needs to prepare a response plan that can be activated when these very tragic situations occur.
Moreover, in recent times, updated evidence based guidelines have been published internationally. Links to relevant publications are listed below:
Suicide prevention: identifying and responding to suicide clusters (Public Health England) –
https://www.gov.uk/government/publications/suicide-prevention-identifying-and-responding-tosuicide-clusters
Developing a community plan for preventing and responding to suicide cluster (LIFE, Australia) –
http://livingisforeveryone.com.au//uploads/docs//Community%20Plan.pdf
Considering that murder-suicide is a relatively rare event, it would be important to conduct independent in-depth investigations of each case in order to improve our knowledge of risk factors and patterns, which will contribute to enhanced risk assessment and prevention of similar cases in the future. 
National Suicide Research Foundation,
29-08-2017
For further information, please contact:
Professor Ella Arensman
Scientific Director, National Suicide Research Foundation,
WHO Collaborating Centre for Surveillance and Research in Suicide Prevention
Research Professor, Department of Epidemiology and Public Health,
University College Cork
Recipient, Health Research Board Research Leader Award
T: 021 4205551/087 0522284;
E-mail: earensman@ucc.ie
The National Suicide Research Foundation is in receipt of funding from the HSE’s National Office for Suicide Prevention and the NSRF’s research is linked to Connecting for Life, Ireland’s National Strategy to Reduce Suicide 2015-2020.